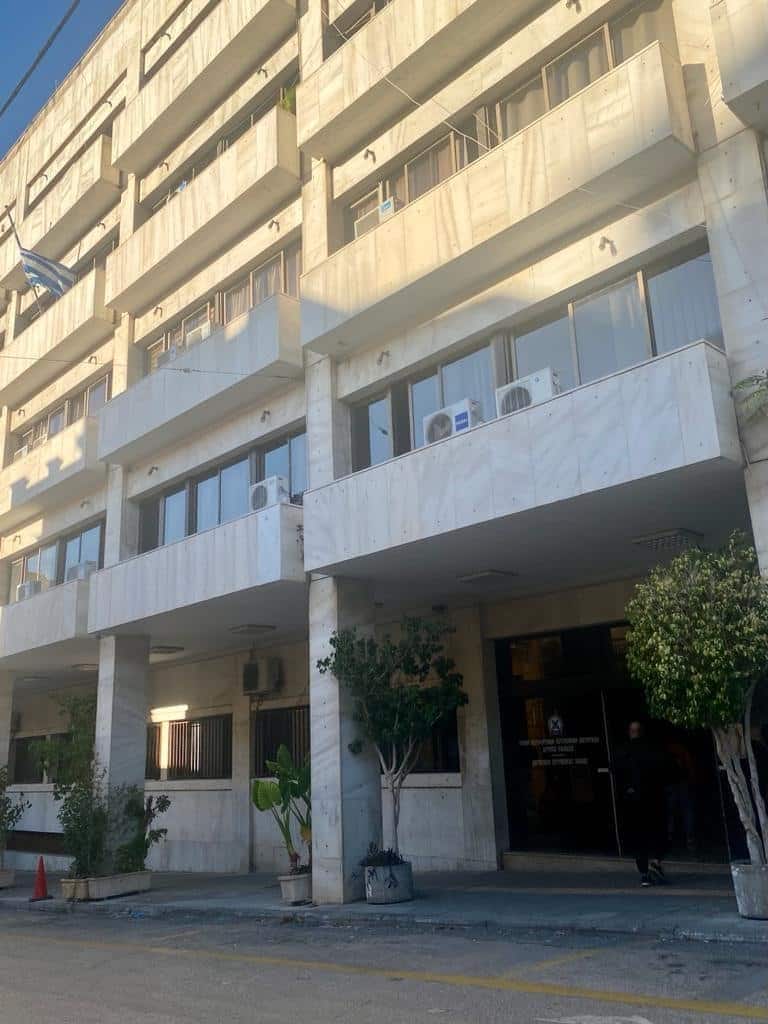 A number of recent events have highlighted how severe the situation is here in Patras, and how the laws and systems set in place make it nearly impossible for many people on the move to reach their final destination. The law views these people as extreme criminals, they are used to the sight of handcuffs, terrible conditions, and inhumane treatment.

The law dehumanizes them.

These people are not criminals, they are human beings who simply cannot stay in their home country anymore.

It has been made clear that the law goes against the human rights of people on the move.

One example being the story of a Pakistan refugee here in Patras. This man has been living in Greece for 5 years, and has a recognised refugee status. His status however needs renewing, an example of another factor set in place to make the (already hard) lives of people on the move even more complicated. Despite having papers saying he is renewing his refugee status, he is being kept in the police station. So far he has stayed at the station for 17 days, and today we learnt that he has been taken to a detention camp. Surely this is against human rights? The police told him he has to wait for his renewed status in the camp.

We have learnt how the system takes away any freedom of choice away from people on the move. For 16 days two Kurdish men have been kept in the police station, they were taken whilst trying to do the “game” in Patras port. This is what people on the move call the attempt to reach Italy, hidden on ferries, due to the lack of legal and safe ways to do so.

Although they have Turkish passports they need to apply for a visa to get to the UK, their final destination, to stay with their family. However, their Turkish passports will not be accepted for this visa, another example of the impossible steps people on the move have to take. Their only option is to apply for asylum in Greece. All freedom to choose has been taken away from them, their lives are being controlled by the laws of other countries. Unless they apply for asylum, after 22 days in the police station, these people will also be taken to a detention camp.

There have been many examples, but probably most shockingly the story of two people on the move who were hit by a police car. One person was going back to the factories after trying to play the “game” -the term they use to refer the attempt to reach Italy hidden in some of the ferries due to the lack of legal and safe pathways- when two officers in a police car hit him. He told us he was unsure if it was an accident or not, but it is clear the officers had no empathy as they did not get out of the car to check if he was alright. Out of fear he ran, not realizing the pain he was in until getting back to the factory, as a result he has had to visit the hospital several times. Another man was attempting to do the game when police cars started to chase him, one of the cars knocked him down. They told him to go to the hospital alone and took no responsibility for the pain they had caused.

These stories are shockingly the unfortunate truth of the treatment of people on the move. It is clear the laws make it almost impossible to succeed and the officers make the people feel as inhuman as they can. These people are humans too and they deserve the human rights everyone else is given.

EUROPE AND ITS (IR)RESPONSABILITY WITH AFGHANISTAN.