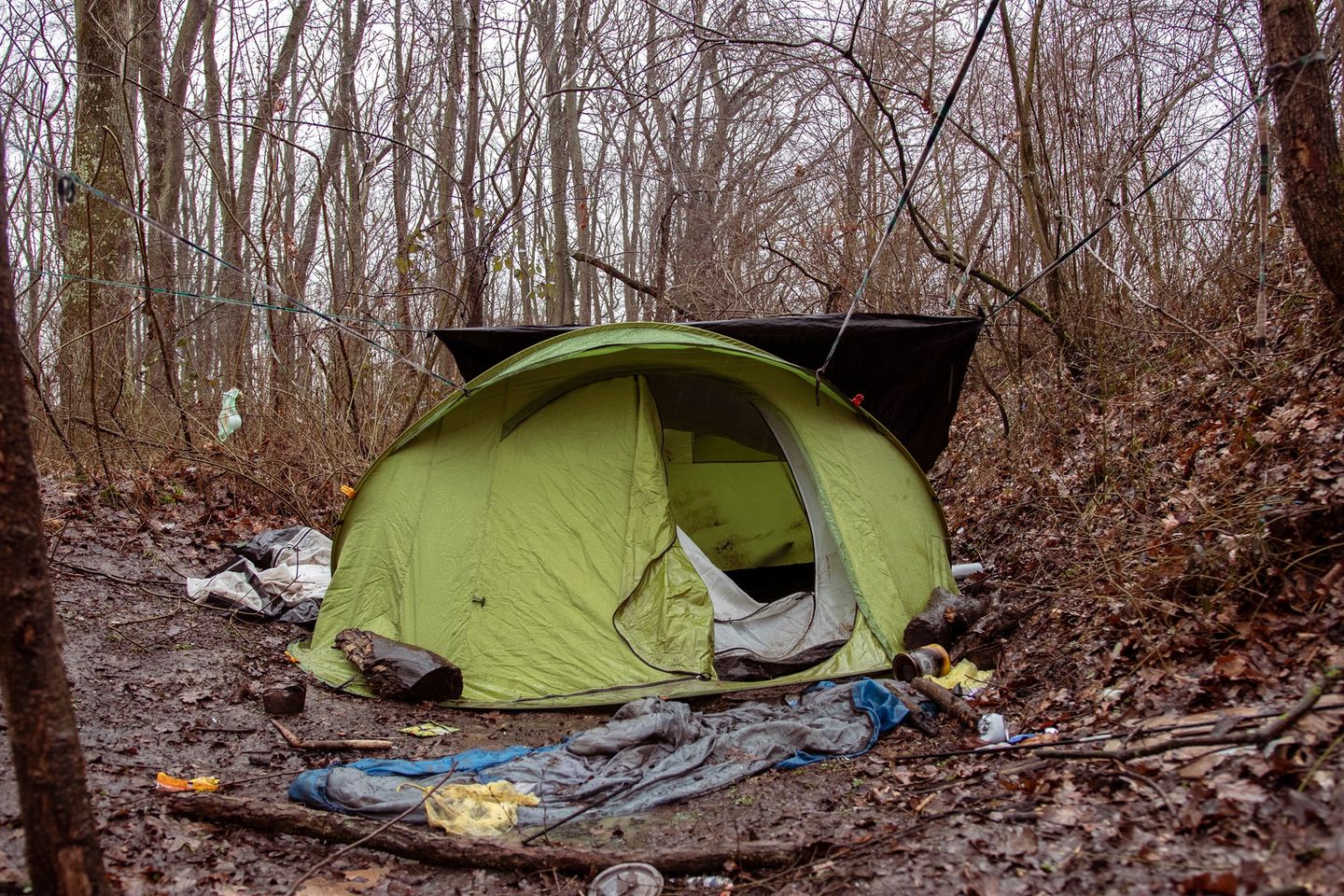 How can it be living in the constant desire of waking up in another place?

What is the meaning of saying “See you the next day”?

How saying this can have a negative meaning?

We are used to say it to the people on the move that we met at the distributions: “See you Bal-Saba”.

“Bal-Saba” in pashto language means “the day after tomorrow”; we say that because we are sure that “Bal-Saba” we will be back at the distribution point. However, we know that it would be better not to see these guys again, because if we don’t meet them again, it means that these guys managed to reach somewhere in Europe where they can start a new and better life. crossed the border. For that reason sometimes some guys answer to us:

The existential situation of people on the move is characterized by a constant instability, and by the intrinsic feeling of wanting to be somewhere else.

Sometimes this intense desire becomes reality: one of these days we went to an informal camp into the “jungle” where 20 people used to live. Before going, we wrote to some of the guys, but we received no answer. Nevertheless, we decided to go anyway as we were sure we would find someone there. When we arrived, the sun was almost gone and we only found empty tents.

We realized that almost everyone had gone. We then asked to other guys where the rest of the people was and they happily told us:

They made it! And we were really happy that we would not see them “Bal-Saba” in Sid.

Talking with afghan guys we understand another nuance of the word “Bal-Saba”: it refers to an indeterminate future. Thus using this expression with this meaning, we hope to see again every one of these guys in the future, not at the distribution point, but in the place they want to reach, in the place where they want to wake up everyday.

EMERGENCY IN NORTHEASTERN SERBIA: A NEW HOTSPOT OF VIOLENCE BY POLICE FROM EUROPEAN UNION