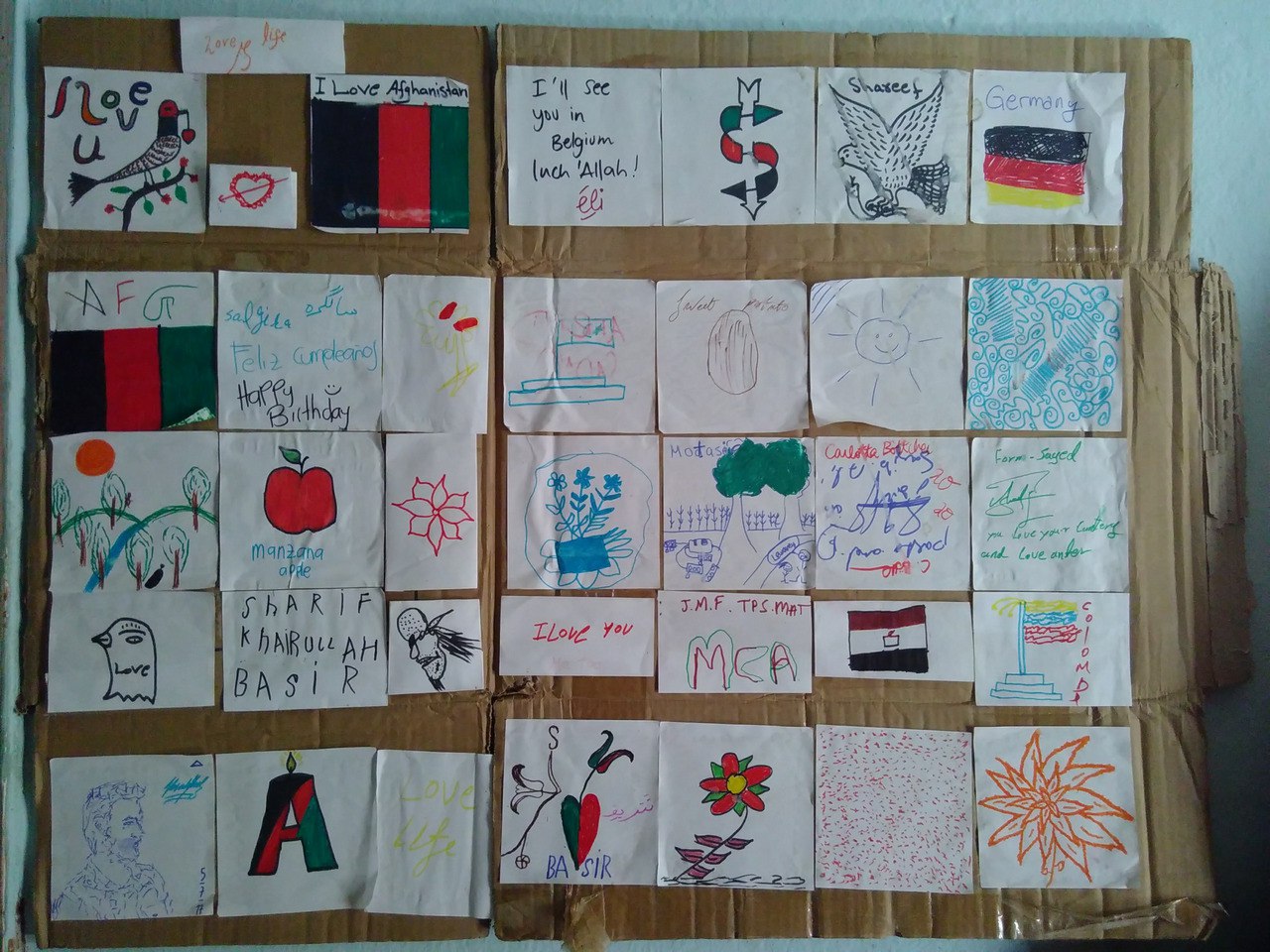 A year ago, the Taliban took over the government of Afghanistan after years of (disastrous) incursion by the United States and member countries of the European Union. Today, there are thousands and thousands of Afghan people trapped in front of European Union borders closed to them.

Despite the danger of living in Afghanistan and the right that people has to life, liberty and security, Europe has violently closed its doors to people fleeing terror, not just now, but always. Afghanistan was also not safe before 2021.

We often report about cases of pushbacks, carried out by the police from European Union countries such as Romania, Croatia or Hungary to neighboring countries, and the victims of these irregularities are mainly from Afghanistan.

Many times, when we meet these people in countries neighboring the European Union, such as Bosnia or Serbia, they tell us about how these pushbacks were. On many occasions, too many occasions we must say, these pushbacks are accompanied by violence, we can see on their bodies the marks left by a baton blow or a kick.

Many of these Afghan people have told us that they had actually asked for asylum when they were in European territory. A right they do have, a right that EU must respect by law. But what the European authorities do, instead of starting a process for these asylum seekers, is returning people every single day, kicking them out of the EU. And on top of that, they do it with violence.

Five and a half years ago No Name Kitchen was spontaneously created when we saw more than 1,000 people, the vast majority Afghans and many minors, living in an old Belgrade train station, in winter and with temperatures below 20º C they were in front of the European Union borders, closed for them.

In recent weeks, we have published how an Afghan underage boy had his leg broken by the police in one of these pushbacks. A single story of many more that take place in the daily routine on the border. No matter how many times it is going to happen, we will never stop denouncing and we will never stop being outraged by the terror of the EU border regime.

Although the Taliban have returned to power a year ago, most of the Afghan people that we have met since 2017 tell us that they were actually fleeing from those Taliban who never ceased to have power in their country, because the incursion of the international forces never succeeded to get control of this.

In fact, most of the people from Afghanistan that we know come from the same places: provinces like Kunduz, Kunar, Nangarhar, Kandahar, Logar or the capital, Kabul. Places where the Taliban presence has always been very strong, and its residents are the ones who flee the most from the country.

The people who escape from Afghanistan and that we have met have a lot in common. Many tell us that someone in their family was working for international organizations or with foreign people (even being a taxi driver and taking European or American officials from one place to another could be dangerous) others worked in the Parliament, and that was enough to receive a threat from the Taliban or other terrorist groups.

Others are very young boys, often kids, who travel alone because their families fear that because of their age they can easily be recruited by the Taliban or by other terrorist groups that swarm the country. Due to the lack of money to save the whole family, what parents decide is to save the child who otherwise would be likely recruited.

These long and violent migratory journeys, in the absence of safe routes to move, are very expensive. From what many people tell us, they have paid large amounts of money to smugglers to be able to leave their country and cross borders.

In such a dangerous situation for people’s lives, what we have witnessed thanks to our constant presence on the ground is that the rights of the Afghan people have never been respected and that borders have always been kept closed. There are people born in Afghanistan who have spent 3 or 4 years in this migratory transit who have been victims of dozens and even hundreds of pushbacks from some country of the European Union.

We know Afghan families who after nearly 2 years in Greece, waiting for a response to their request for asylum, received a negative response and that fearing to be returned to Turkey and from there to their home country (something that does happen) they had to continue their journey to the north where borders are closed.

Families that tell us that they had to spend hundreds or thousands of euros on the border that separates Greece from Albania, where the Frontex forces (European Border and Coast Guard Agency) that keep that border closed are located. Families with babies and young kids who we sometimes meet later in Serbia or Bosnia and that tell us that they had to put their lives in hands of human smugglers, despite being in Europe, to overcome this hurdle and be able to continue to the north to reach another country in the European Union where they can request asylum and life-saving protection again.

We can tell you about S., a girl who, when she was 8, become hairless due to the stress caused by spending more than 2 years with her family trapped behind a European border without being able to access school. With only eight years she felt the stress of losing years of her life not receiving lessons. She, so smart and restless, just wanted to continue studying.

We can talk about Q. A girl who for two years of her life was separated from her mother. At some point when they were crossing Hungary, the police discovered the car in which Q, her father and her brother were travelling and returned them to Serbia illegally. The other car, in which her mother was traveling with other people, was able to skip the police controls and reached a safe place. Her mother applied for asylum in France. To meet her mother, Q., her brother and her father had no other choice than crossing the borders irregularly and in secret. This inhuman Europe offered them no alternatives to allow this girl to reunite with her mother.

Something similar happened to N., an Afghan girl of Hazara ethnicity (Hazara people have always been the target of the Taliban) who, every time she saw a European person in Bosnia, where she was trapped, living in a tent, she approached them to say: “please, take me to my mother, she is in Germany”.

We can tell you about A., a boy now 26 who has not seen his family since he was 20. After 3 years trapped at the border, he arrived to Spain in 2019. He asked for asylum more than 3 and a half years ago and he is still waiting to receive a response to his situation. Despite working and contributing, despite speaking the language perfectly, he remains in a legal limbo. He worked in the European Parliament and the Taliban threatened him with death for being “with the enemies”. He has documents and photographs that prove all this and has from the very first day presented them to the Spanish authorities.

We can tell you about M. who, when he was 8, was alone in Serbia. He is from a region where the Taliban presence was very strong in 2016 and his parents decided that the best way to save his life would be to send him to Germany to reunite with his brother. Despite having his brother in Germany, the European Union never offered him a legal and a safe way to go there by plane, for instance, and he had to spend years in transit. On his own, alone. We met him in an official refugee camp for adults (paid by the European Union) because the authorities decided that he could live with adult men. Were where the organizations responsible to take care of refugee children? We still do not know the answer, although this is not the first time we have seen this type of aberration.

A year ago, we sent information to the Spanish and German authorities about people who are in death danger in Afghanistan asking them to allow these people to escape. We have not received answer.

In the same way, people who are already at the gates of Europe after risking their lives, receive nothing but mistreatment and illegal pushbacks.

Despite all this, despite having seen so many irregularities, we will not stop insisting on asking for legal and safe ways to flee for those who want to escape from terror. And let’s hope that those who read this will not stop being outraged either.

THE WINDS HAVE CHANGED IN VELIKA KLADUŠA