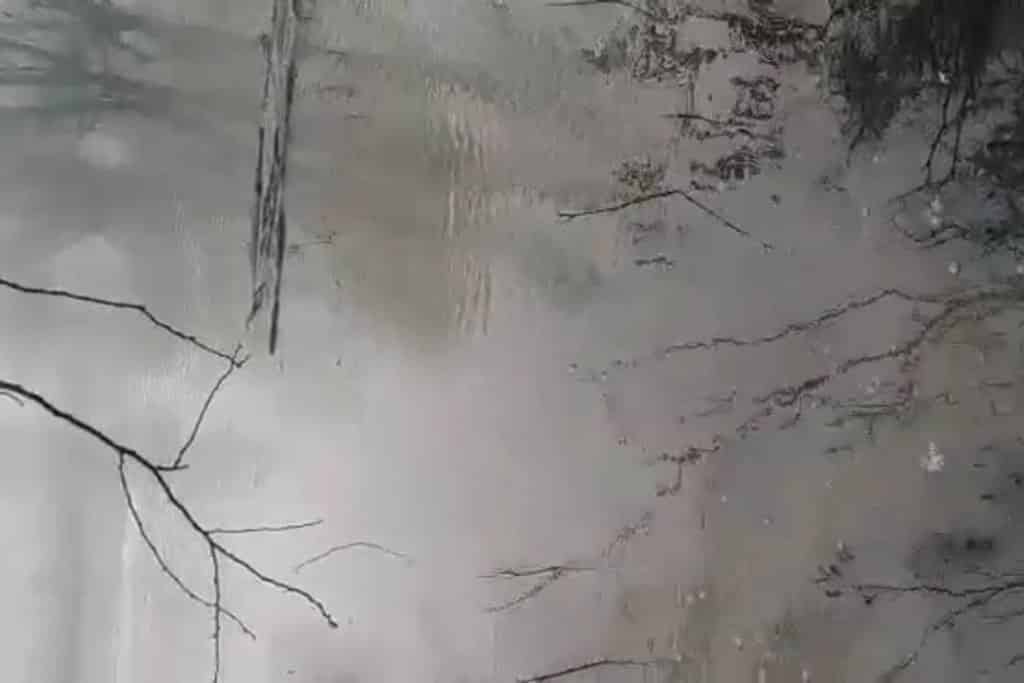 We are very sad to communicate the death of Ijaz, whom at only 24 years, passed away a few weeks ago. His friends ask us to amplify their voices and tell his story based on the testimony of those who went on “game” with him. “Game” is the term the people on the move use to refer to the attempt to reach some countries in Europe by crossing forests and rivers, due to the lack of safe and legal pathways.

As his friends told us when we met them after the sad incident, on the 22nd of December of 2021, Ijaz and four of his friends left Bihac and start to walk to Italy. A 25 day walk is ahead of them. They carry heavy backpacks – 20 to 25 kilos – with food, water and all the necessary things to stay out of the authorities’ sight, due to the fear of being illegally pushed back without respecting their right to claim asylum in the country . They sleep outdoors, on the snow. They fear that their footprints will give them away.

After 7 days walking, the group encountered a river. At first it doesn’t seem life threatening; the current is not too fast and they must keep on going, so they decide to swim across the river. Ijaz is the last to go. His friends are waiting for him on the other side. The water is extremely cold and his muscles paralyze. He holds onto a branch but the branch breaks. He sinks into the freezing water and he drowns. In shock, their friends search for him for several hours. The riverside is flooded and the terrain is very difficult to explore. Worn out, Ijaz’s friends run to the nearest road and shout for help. No cars stop so they decide to go to the nearest village.

One of the neighbors assists them by calling the police. The officers start laughing after hearing the testimony. They accuse them of lying and they illegally pushed them back immediately. Desperate, Ijaz’s friends ask the police to search for the body.

Now, 28 days have gone and Ijaz’s body still has not been found.

Therefore, we raise our voices to speak out about the death of a young man who suffered the worst possible consequence of the lack of safe routes to migrate to the European Union. Rest in peace Ijaz.