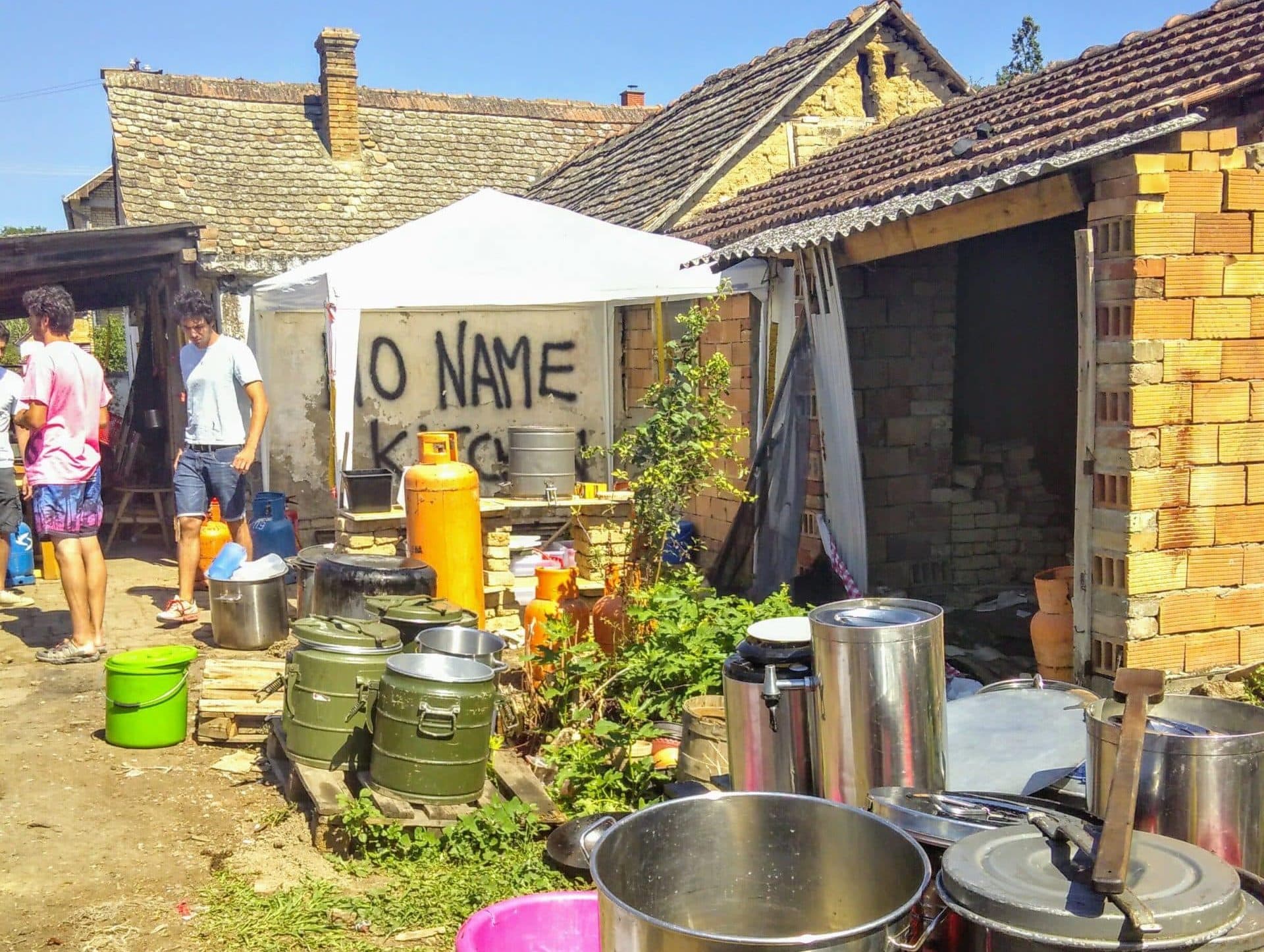 No Name Kitchen is more alive than ever. Neither the threats of closing, nor the attempts of theft of vans, nor the other inconveniences arisen during the last week have prevented that the kitchen maintains its activity.

A dozen volunteers are still leaving their souls every day to feed those stomachs that are then beaten in Croatia, a country with hostility against the immigrant by flag. The exhaustive police controls throughout the whole territory make the success of those trying to cross to the center of Europe scarce. So, day after day, the same people queue at Sid’s distribution point, next to the sunflowers, asking for a plate of food. And we are not going to miss the appointment.

A week ago the police came to the home of the volunteers. Without prior notice. With a search warrant. They threatened to close the kitchen, but here we go. Giving breakfast every day. Giving dinner day after day. Recidivists of a serious crime. And from now on with something new: we have put cooking tools at the disposal of the refugees so that they can make themselves food.

However, the situation is beginning to suffocate for the latter. Two days ago a boy died on the train tracks due to an electric shock and another one was seriously injured. Also, a Tunisian boy received two stab wounds, as a result of a reckoning. He reported him to the police but they left him sleeping in the street, in case his aggressors wanted to try again.

Winter is approaching and the desperation to reach a safe place is tightening. But one thing is clear: if they do not leave, neither will we.