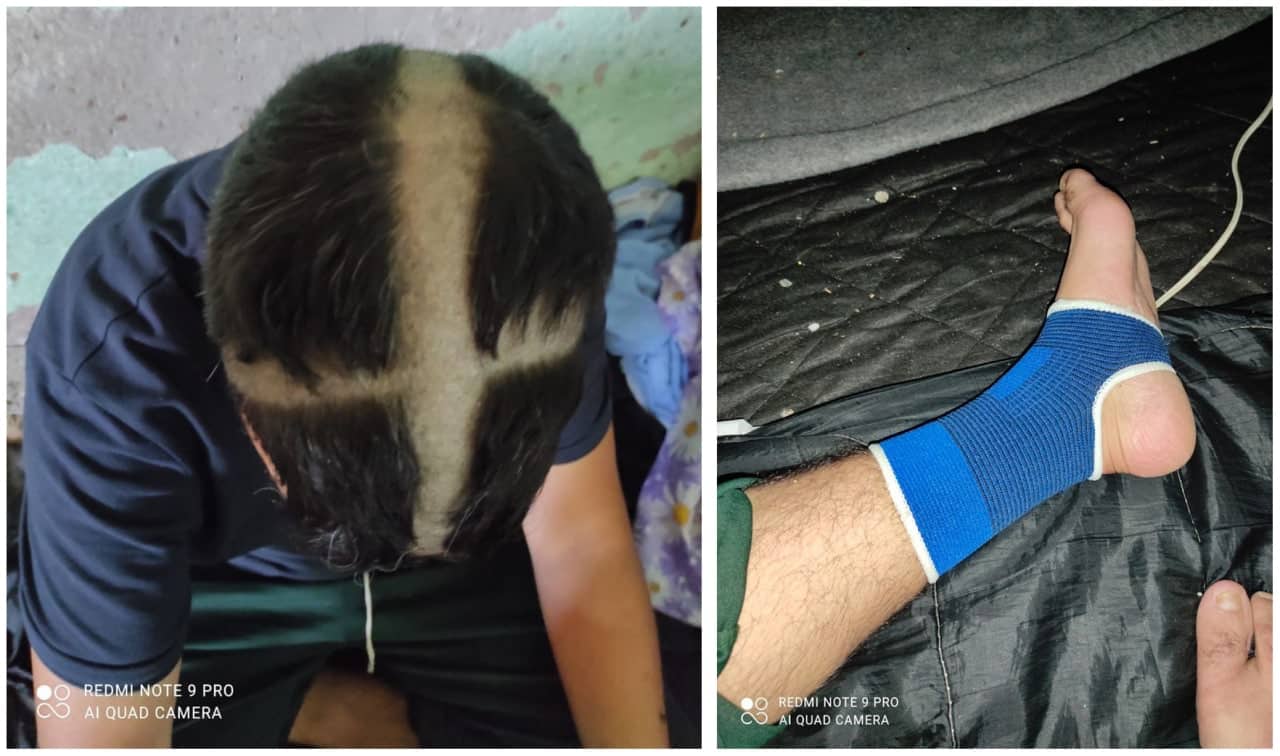 Last thursday, the majority of the members of the European Parliament (MEP) published a report in which they warned about the slide of the Hungarian state under Prime Minister Viktor Orban towards “authoritarianism”, with “deliberate and systematic efforts” to undermine democracy and fundamental rights. The press release, which was approved by 433 MEPs and 123 against, raises alarms on topics such as religious freedom, academic freedom, freedom of association and warns about the problems that affect the rights of minorities, migrants and asylum seekers and refugees, among others.

In line with this argument and based on the testimonies of border violence recorded every week, No Name Kitchen (NNK) concludes that in recent times the cases of pushback by Hungarian security forces against people on the move have become more frequent, notorious and violent. At the same time, it highlights the adoption of systematic mechanisms of humiliation and brutality, which further deepen the serious violation of human rights within European territory that the Orban government has been carrying out for years under the watchful eye of the European Union.

In a squat located in the city of Horgos, testimonies were collected from a group of young people who were violently returned from Hungary to Serbia and in which some of its members were forced to eat cigarettes and had their heads forcibly shaved. According to what they provided, an 18-year-old and three others aged between 18 and 30 were detained around midnight by a group of five officers covered with balaclavas. They threw pepper spray in their faces, removed their cell phones and destroyed them, as well as the prescription glasses of one of the victims. They then took what was inside their backpacks and dumped it on their heads, including cans of tuna and energy drinks.

After finding a razor among the personal items, one of the agents proceeded to shave the young men’s heads. One of them was shaved in the shape of a cross, as can be seen in the images published by KliKaktiv (link); while another boy was humiliated with a crest. Before pushbacking them back to the Serbian border, they were beaten and kicked on the ground, affecting their heads, ribs and calves. Due to the blows, one of them suffered a fracture in one of his legs.

A few days later, the NNK team recorded new testimonies in Sombor, another Serbian town near the Hungarian border. In this case, as the victims told us, about twenty Syrians were surrounded at night by four vans and 16 Hungarian police officers, three of them women agents, a few hours after crossing the border. They were forced to kneel on the ground and pepper-sprayed.

“Two policemen started beating us, the others just watched. Now I can’t breathe, it hurts so much”, said one of the victims as he pointed to the blows received by batons and kicks on his back and hip. At the end of the beating, they were put into vans and thrown out in Serbia.

Two weeks earlier, another situation of police abuse was recorded, this time against a group of four people, including a father and his son. After spending the night in the pouring rain and lost in one of the forests that divide Serbia from Hungary, the victims, desperate from the cold and the difficulty of continuing on foot, approached the road and the father asked four uniformed officers for help. Without a word, one of the policemen began to beat his knees and legs with a baton. Another did the same to the rest of the group, punching them in the heads and necks. They then forced them to throw their phones on the ground.

Shortly afterwards a van arrived with more police, dogs and about twenty people on the move, among them five minors and four women. The father, affected by health problems in his feet, asked for assistance to enter but a policeman responded with a strong blow to his back. According to the testimony, once inside the vehicle, a policeman pointed to the dogs and told him: “If you try to talk or move, I will feed you to the dogs“. They remained still, silent and without access to water for several hours until they were returned to the Serbian border in the afternoon.

Another collected account tells of what happened in Kiszombor, a town located in southeastern Hungary. During the early morning hours, a group of half a dozen people on the move and another boy from Syria were intercepted in two places by police officers. According to the first testimony of the group, who had walked for 22 hours, mostly in the rain, several uniformed officers stopped them on the street and one of them demanded money. When they did not get it, and after pressuring them, he took one of their phones and threw it to the ground. Finally, they put them in the vehicles and took them to the police station.

At a nearby location, while crossing the bridge spanning the Mures River, a young syrian man was surprised by a female police officer accompanied by a man in civilian clothes. They both recognized each other from a previous pushback and, after taking pictures of him with her smartphone, the female officer forced him to enter the vehicle and threatened him: “If I catch you trying it again (crossing the Hungarian territory), next time we will throw you under the bridge”.

The seven victims were taken to a detention center, where they were held for about five hours in a small cell where there were already about 25 people. They asked for food and water but were denied. Finally, more than 30 people were taken in a vehicle to the border and forced to cross on foot to the town of Horgos.

Testimonies of police stealing the money of asylum seekers

In late August, a group of 20 people from Syria, fifteen of them teenagers, was intercepted near the Kis sori-csatorna river by two patrols and four uniformed officers. According to one of the youths, the police forced them to bend over on the ground and began punching, kicking and beating them with batons and a tree branch. They then searched their backpacks and destroyed their cell phones and threw away their powerbanks, while taking the money they were each carrying, totaling approximately 1,200 euros.

The victim recalled that, while they were waiting for the van that would take them to the Serbian border to arrive, the agents walked among them and beat them: “They chose one person to slap for no reason, it was like a game for them”. Before being forced to cross the border, they were taken to a small room where they were detained and videotaped.

Early one morning in September, before entering the Hungarian city of Szeged, a group of four Syrians raised their arms at the call of five policemen. The testimony of one of them narrates that, after a tear gas was thrown at them, two officers began to beat them. And again the mechanism was repeated: they were forced to sit on the ground and were kicked in the legs and hit in the torso while they were insulted.

Placed in a row and on their backs, they tied their wrists with handcuffs seals and beat them again after discovering that several members of the group of Syrians had escaped before being captured. “Brother, please stop!” one of the victims said to the officer who responded with further blows, “No brother, fuck brother“. A white van drove them to the border after the beating. Before leaving, one victim recalled that one of the agents threatened him: “If you pass again, I will shoot you”.

“MY NAME IS ROHULLAMEEN, I’M 17 YEARS OLD AND I’M ALL ALONE”