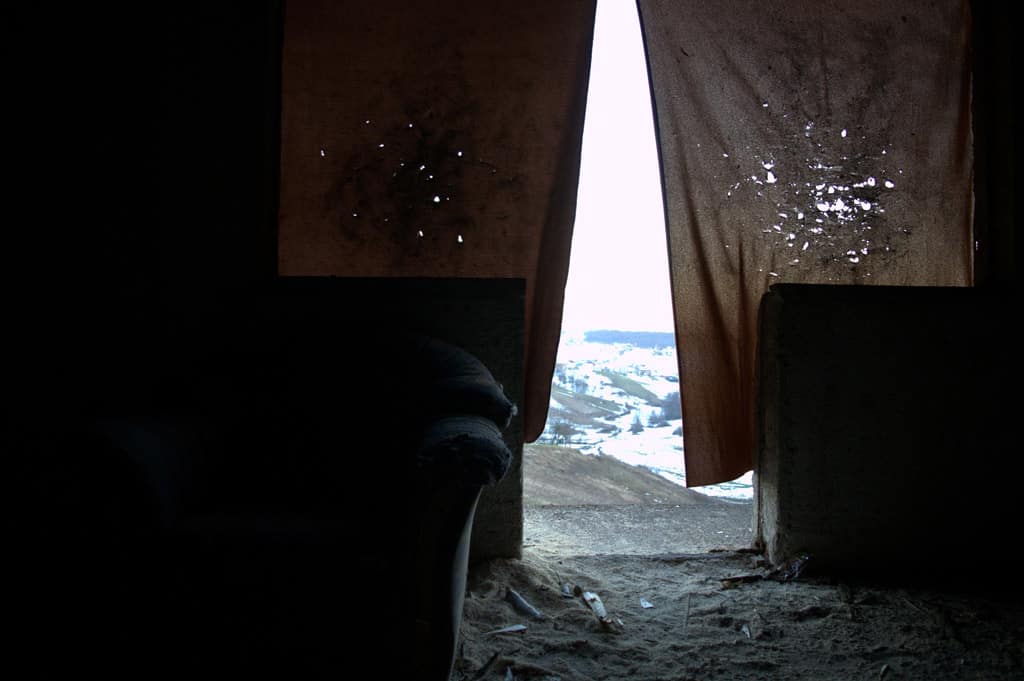 We park the van near Kladušnica, just outside the town center. About fifteen minutes later, there is only the course of the river breaking the silence, and a seaful of stars among us. We are about to leave, when a figure heading at a fast pace comes towards us.

This is how I get to know D., who has come to collect a jacket and a pair of shoes. His extremely kind and somewhat clumsy air intrigues me. He struggles to speak English and apologizes for it; I reciprocate by saying that unfortunately my Urdu stops at four or five words. He comes from Pakistan, born in ‘97, and as we want to exchange a few more words with him, we try to use google translator to talk about what brought him here.

This is when I notice that he has serious difficulties in reading the screen. He explains to us that he has problems with his eyesight. I get to discover that during the last “game” the border police took his money and mobile phone away from him, as well as from two other guys who were trying to cross with him. In addition to this, he tells me through words and gestures that the policemen beat them in turns, with kicks and knees, and that’s the reason why his glasses were also smashed. Unfortunately, it is not the first time that such a thing occurs to him. Therefore I ask him to meet again in front of the ophthalmologist on the next day, so that he can get a pair of glasses back.

Being the first of his family to leave his country of origin, D. left on his personal odyssey about two years ago, and during the journey to get here he also tried to make a living mostly in Greece and Turkey. His face lights up when he explains his profession: for several years he worked as a construction painter, and that’s what he would like to continue doing once he reaches Germany.

To work and try to send as many remittances as possible to his family, this is his dream now. I think back to his face, to his polite and chilled way of communicating and once again, unfortunately, to the “welcoming” reserved for him by the police. For the umpteenth time I wonder how it is possible that Europe knowingly lets all this happen without reacting, to D. and the many other souls who cross these lands.

The good news is that on March 4th, D. will finally be able to get back a pair of eyeglasses and continue to hope for the best for his journey. Thanks to all of you for your fundamental support.

THE KITCHEN IN SID KEEPS COOKING: NOTHING COULD STOP IT

ANOTHER PERSON LOST ITS LIFE DUE TO THE EUROPEAN BORDER POLICIES